Ankylosing spondylitis is an inflammatory condition that primarily targets the spine. It is characterized by pain, a progressive “stiffening” of the spine and can sometimes be associated with other conditions like irritable bowel syndrome and uveitis (irritation of the eye). Diagnosing this condition can be very tricky so as we always say in this blog, it’s important to have your spinal pain examined and diagnosed by a qualified professional who is knowledgeable about the various conditions that target the spine.

Ankylosing Spondylitis – What is it?

Ankylosing Spondylitis – Where does it happen? 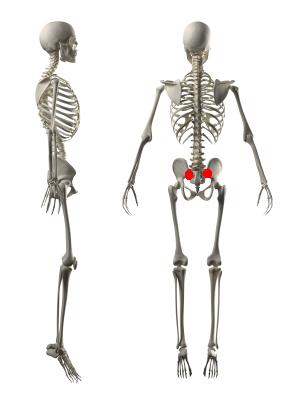 Ankylosing spondylitis usually begins in the sacroiliac joints and then tends to move to other areas higher up in the spine.  Therefore, it can target various structures within the spine including the areas where the ribs attach. Peripheral joints like the shoulders and the hips can also be affected. Ankylosing spondylitis can sometimes be associated with irritable bowel disease, uveitis or iritis (inflammation of the eye) and psoriasis.

Ankylosing Spondylitis – Who does it affect?

Ankylosing Spondylitis is characterized by a painful stiffening of the spine. As the condition progresses, the spine inflames, especially at the areas where ligaments and tendons insert. There is usually bony overgrowth and certain parts of the spine fuse together. With time, the fused areas are clinically noticeable as there can be a decrease in the person’s motion.

Ankylosing spondylitis can be a difficult condition to diagnose. According to the literature, it often takes as long as 7 to 10 years to confirm the diagnosis. This can be partially attributed to the fact that although signs of ankylosing spondylitis can be seen on an x-ray, these signs take some time to be visible, usually long after the symptoms are present. Thankfully, MRI is now able to detect some of the early changes in the spine. As with most conditions, it is important for the diagnosing practitioner to combine all of the relevant information. For example, many patients with ankylosing spondylitis will have a positive blood test for the HLA-B27 antigen. Combined with the characteristic changes on x-ray or MRI, this blood test can assist in diagnosing the condition. Relevant questions for the practitioner to ask would also include the following…

Is there morning stiffness of greater than 30 minutes?

Is there an improvement in pain with exercise but not with rest?

Is the patient wakening because of back pain during the second half of the night only?

Is there alternating buttock pain?

Is there a history of eye irritation?

Is there a family history of inflammatory arthritis?

How has the patient responded to non steroidal anti-inflammatories?

Is there swelling in any peripheral joints?

Does the patient experience irritable bowels?

Does the patient have psoriasis?

As a chiropractic and physiotherapy clinic, our role in the treatment of ankylosing spondylitis is conservative. Like most spinal conditions and cases of back pain that present to our clinic, we take an evidence informed approach to care, assisting the patient with spine mobility and promoting proper core stability and muscular function. When patients with ankylosing spondylitis present with acute flare-ups, modalities like laser can be helpful in reducing pain.

Ankylosing spondylitis warrants a referral to a rheumatologist. The rheumatologist will determine the most appropriate pharmacological intervention for the patient and will order the appropriate blood tests or imaging (like MRI) to confirm the diagnosis. Thankfully, there are newer treatment options for ankylosing spondylitis (called TNF blocking agents) that have been shown to assist in reducing spinal inflammation as well as potentially slowing the progression of boney growth seen on x-ray.